View of the beach and (frozen) lake from the post office this morning: 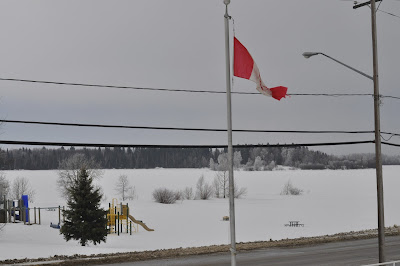 The viola seeds are sown and spending time outside, as the package said they needed to be chilled at 2-4 degrees C for a couple days first. A refrigerator would work just as well. Next, they will be brought to the warm indoors where the seeds germinate in darkness while having their bottoms warmed with an electric warming mat. 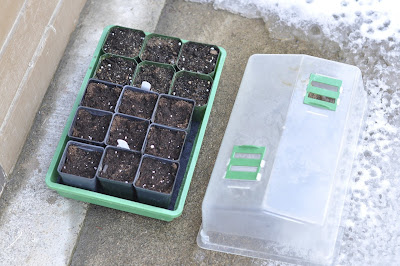 I own a single heat mat to germinate things like tomatoes, impatiens, and a few others that like such conditions. I just slide it under the plastic trays with the clear domes to make a cozy humid greenhouse for seedlings.

Various companies make inexpensive mats like these (I don't use a thermostat with mine, and it works just fine):

We've been grazing away at the potted cilantro, so I planted two more pots of this pungent herb. The trip to Arizona/Mexico inspired me to pull out the Rick Bayless Mexican cookbook, and we had a great slowcooker meal of tender pork with a cilantro and tomatillo sauce last week. Cilantro does well in a 4" or larger pot under fluorescent lights. The same goes for parsley and basil. I sow these herbs repeatedly throughout the year.
Cilantro under lights: 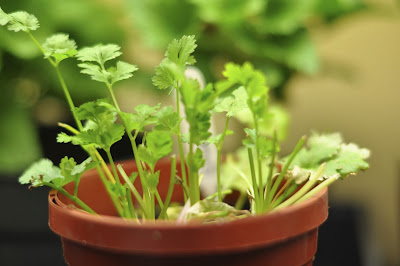 I just started some thyme, and now would be a good time to sow sage and rosemary (though rosemary is so slow that I usually just buy a plant in spring). All of these can be moved outside here in mid-June. Chives and French tarragon can be sown in the ground and will survive winters under the snow. A few mints can be grown from seed, but the mint cultivars cannot reliably be grown from seed and are best purchased as plants. I buy them online from Richter's herbs (Canadian), who has more than one page of mint varieties in their catalog. 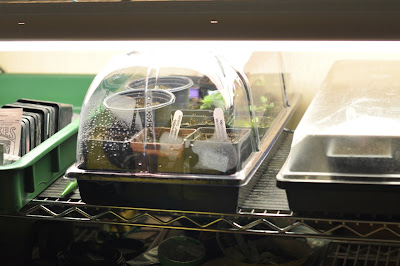 First of the container annuals started in the light garden: 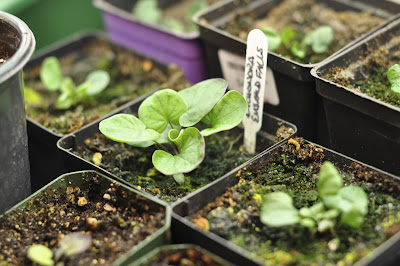 I've sorted through the rest of the seeds and decided which should be planted in April, May or June. This year, the tomatoes will wait till late April to May 1 to be planted. Hopefully, they will still make tomatoes in July and not be too tall and gangly by the time they get outside. Some year, I will get it perfect!
Posted by Gardenista at 1:37 PM 1 comment:

Dear Cousin in BC

Dear cousin in Nanaimo, British Columbia (hardiness zone 7b),
I read your facebook update today about planting your strawberry patch. I applaud gardening of any variety, but the contrast between our garden conditions is hard to take at times. We may be having some beautiful sunshine, but let me show you a picture of my strawberry patch. Well, you'll have to believe that it actually is a strawberry patch, because it's covered in a foot of snow. I had to put on my knee-high heavy winter boots to plow through the snow on the trail to the garden patch. I wore mittens. As I took the picture below, no less than four snowmobiles roared past our house. Did you know that the lake will not thaw for another two months?
Vegetable and strawberry raised bed: 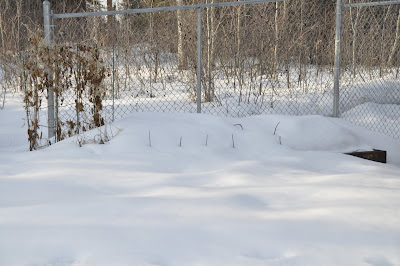 This is my sign of hope -- the beginnings of bare earth on a slope in the sunshine: 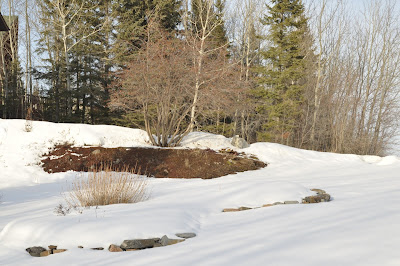 In the meanwhile, I will have to enjoy the plants with what is called "winter interest". This includes shrubs/trees/perennials with berries or fruit, interesting seed heads, or attractive bark. This is one my my Siberian dogwoods. I got this shrub particularly for the bright red stems, which look lovely against the snow. Take that, strawberry-planting cousin... 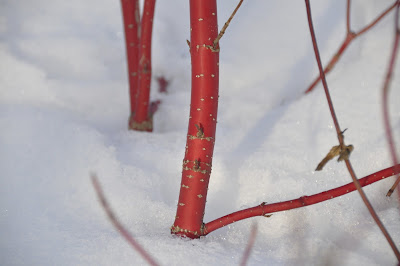 Can't see Spring for the Snow 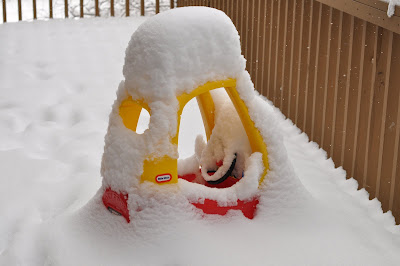 My early spring bulbs could be poking up above the earth right now, but I'd never know. Snow has been falling from the sky much of the last three days. The ice scraper/snow brush is still very useful to brush off the car in the morning and the local hospital remains busy due to falls on ice. Oh, spring in the north, is this how it is going to be? To be fair though, I did see some pussy willows this week. 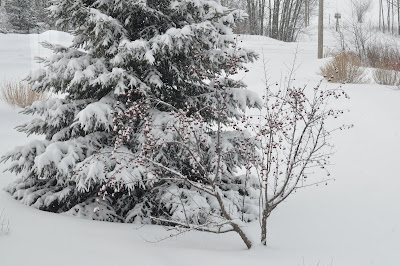 Gardening still remains limited to pondering seedlings and watching the houseplants. I love the succulent Echeveria, which I would like to own in every shape, color and size. The pot of them pictured below was an outdoor pot last summer. They did well indoors over the winter. They are very easy to propagate too. I just break off one of the fleshy leaves, let the leaf sit to dry for a day or two, and then stick it in some potting soil. It takes root and produces a new little plant in a few months. I never kept the name tags of the plants below, but there is a velvety silver-blue one on the bottom right, which contrasts so well with the other colors and smooth textures of the others. I just love these plants! 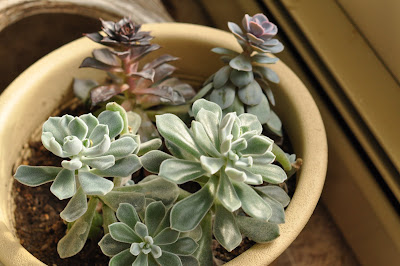 Some Southern Sunshine - A Vacation

We just got back from a vacation to southern Arizona, where there was sun, sun and more sun. Rain is scarce there, which is evident from the cactus-dominant landscape. A little irrigation allows you to grow some pretty plants though, and I enjoyed examining the variety of great stuff that grows down there.
Iceplant in Arizona: 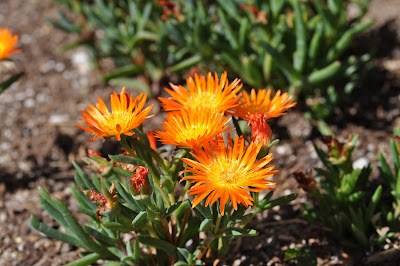 There are several species of plants that are called iceplants and they come in lively colors and several make nice groundcovers. I have grown a similar plant here that occasionally is hardy over the winter. It is a species called Delosperma (known as the hardy ice plant), and has succulent everygreen leaves and similar bright flowers. It is well worth finding and growing. Wrightman alpines is selling the yellow-flowered D. nubigenum. I've grown that one here and it is quite nice.
Posted by Gardenista at 12:41 PM 2 comments: