The blooms shifted from tulips to Aquilegias while I was away from the province this past few weeks. I've tried several types of Aquilegias and now have a bit of variety, as far as columbines go. There are tall plants and short plants, upwards/outwards/downwards-facing flowers, long or short "spurs" on the base of the flower, double-layer flowers, and one ones with unique colors or shapes of foliage. Of course, there are many different color combinations of the flowers themselves.
Japanese Fan columbine (Aquilegia flabellata nana alba), with its slightly eery whitish-grey flowers: 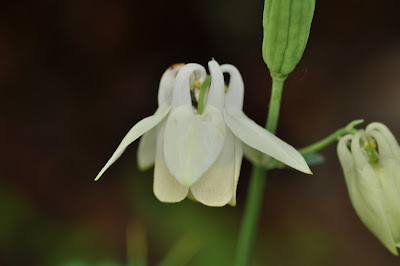 A blue "Songbird" series Aquilegias, one of the showiest in my opinion: 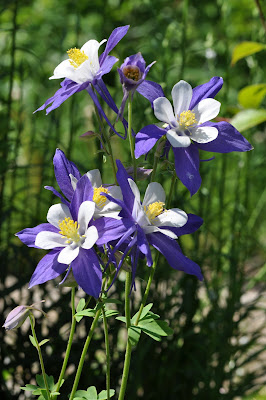 Aquilegia "Blackcurrant Ice", a dwarf form that is less than 10 inches tall and has unique coloring: 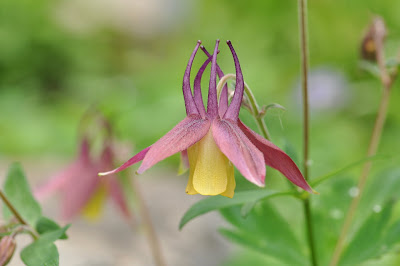 I fell for "Blackcurrant Ice" after some catalog called it rare and highly desirable. That's probably not true, but went out and I got myself one right away. It looks a lot like this one in Thompson & Morgan's seed catalog. My original "Blackcurrant Ice" and an Aquilegia glandulosa (blue flower) plants died two years ago, but I knew they set seed and I left all the seedlings to make an Aquilegia groundcover: 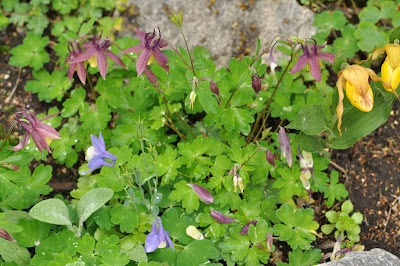 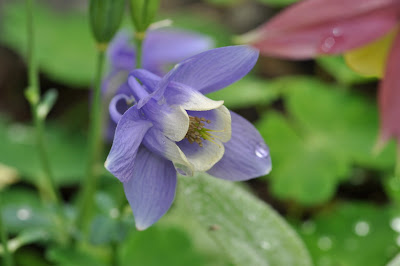 Aquilegia do set seed and multiply rather easily, so I deadhead mine promptly if I don't want any more in some flower beds. Like most perennials, they only bloom in their second year, so plant some now to enjoy flowers next year. The are very easy to grow.
White "Clementine" series columbine, named as such because of their clematis-like flowers: 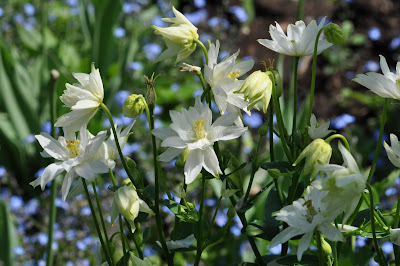 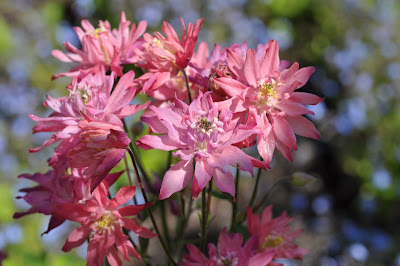 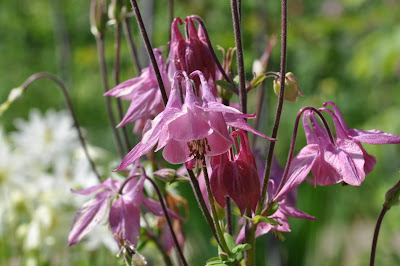 Posted by Gardenista at 2:14 PM

I grow several columbines too. I love them! My favourite is the winky pink and white.

Aquilegias are my newest obsession. I love your 'Clementines', they are lovely. Nice to know they are so hardy. :)

What a fabulous collection you have. Each one is beautiful in its' own right. Of course, they're not something that would grow here, but I absolutely loved seeing your photos of them today.